NEXXO S.A TAKES PART OF THE FIRST AMERICAN-CHILEAN CONVENTION OF ENERGY AND OIL

Nexxo S.A recently took part on the first American-Chilean Convention of energy and oil organized by ICHP (Oil Chilean institute) in Punta Arenas. Our company not only sponsored the event, but also had a distinguished participation in the Congress; where Mr. Gustavo Jimenez presented his work called "Modern strategies for tanks maintenance and cleaning".

The convention was between the 17th and the 20th of July and several companies participated (nationally and internationally); related to the oil industry, where they analyzed and discuss about different current topics of the Petrochemistry industry. 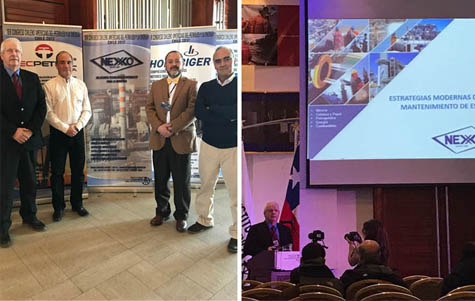